&quot;They Dragged Her Body For 1.5 Hours&quot;: Eyewitnesses to a Delhi Woman's Death

"They Dragged Her Body For 1.5 Hours": Eyewitnesses to a Delhi Woman's Death 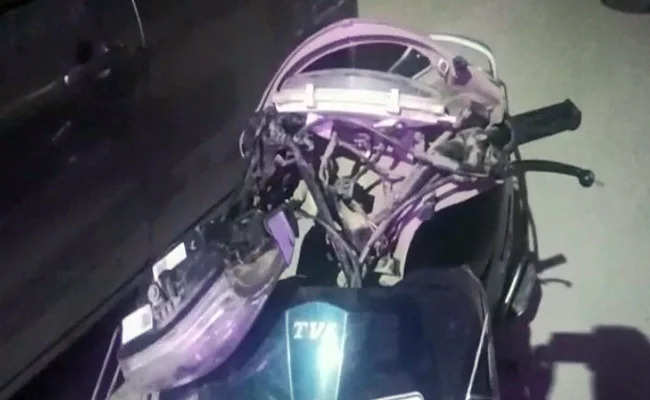 He stated that the accused dragged the body of the girl, which became entangled to their vehicle, for 18 to 20 kilometers, lasting approximately one and a half hours.

An eyewitness of the Kanjhawala incident in Delhi, where a 20-year-old girl was killed after her scooter was allegedly hit by a car and dragged for a few kilometres on Sunday, narrated the horrific ordeal.
Deepak Dahiya runs a confectionery shop on Kanjhawala Road in Ladpur village.

He claimed that the accused dragged the girl's body, which became entangled in their vehicle, for 18 to 20 kilometres and for about one and a half hours.

"It was 3:20 a.m... I was standing outside the shop when I heard a loud noise from a vehicle about 100 metres away. Initially, I mistook it for a tyre burst.As soon as the car moved, I saw a body being dragged. "I informed the police immediately," Dahiya told ANI.

After some time, he said, around 3:30 am, the car took a u-turn, and the dead body of the woman was still stuck under the vehicle. Dahiya said the accused drove repeatedly on the road for about 4 to 5 kilometres by taking u-turns.

"I tried to stop them many times, but they did not stop the vehicle." "For about one and a half hours, they carried the girl's body for about 20 kilometres," he said.

Dahiya said he also chased the car with his bike and was in contact with the police.

After about one and a half hours, the body fell from the car near Jyoti village on Kanjhawala Road, after which the accused fled, he said.

"It could not be just an accident," Dahiya stressed.

Speaking to ANI, Harendra Kumar Singh, Deputy Commissioner of Police, Outer Delhi, said that at the time of the incident, the girl fell off the scooter and was dragged under the car for a long distance. Police apprehended the accused on the basis of the registered car number.

"The accused told police that the windows of the vehicle were closed and the music was playing at a loud volume, so they did not get to know... "When they came to know, they fled from the spot," DCP said.

A 20-year-old girl was killed after she was hit by a car and then dragged for a few kilometres on the road, becoming entangled in the wheels, the police announced on Sunday.

The police said that the condition of the girl after the incident was so bad that after she was dragged, her clothes and even the back of her body got ripped off.

Delhi Commission for Women (DCW) chief Swati Maliwal also took cognizance of the matter and issued a notice to the Delhi police.

"The naked body of a girl was found in Delhi's Kanjhawala; it is being told that some boys in an inebriated state hit her scooter with a car and dragged her for several kilometres." This matter is so dangerous that I am issuing an appearance summons to the Delhi Police. "The whole truth should come out," she said in a tweet.

Speaking to ANI, she also alleged that the five men in the vehicle were drunk.

"A very disturbing incident has come out. A girl was hit by a car and then dragged along the road. The car was driven by five people who were badly drunk. I have summoned the Delhi Police to ask how justice will be provided to the girl. Secondly, I want to ask why, despite the girl being dragged for kilometres, no checkpoint was able to catch anything. No one stopped those drunk people. "This is a very scary and shocking incident," she said.

On early Sunday morning, the Kanjhwala police station received a PCR call reporting a car being dragged with a body.Another PCR call was received at 4:11 a.m. about the body of the girl lying on the road.

After that, the police alerted the officers deployed at pickets, and a search operation for the vehicle was launched.

The body of the girl was sent to the SGM hospital in Mangolpuri, where she was declared dead. The body was kept further away in the mortuary of the hospital.